When you think of the banjo, a tinny twang may ring through your head. The distinct sound of this musical instrument really stands out. In the past, it was used mainly in folk, bluegrass, and country music, but more recently, you may have heard some banjo chords in a favorite pop tune.

Quick Navigation
Folk Banjo FAQs
What is folk music?
What type of banjo do folk musicians use?
How do I use the fifth string?
What are the parts of a banjo?
What method is used to play the folk banjo?
How do I read chord diagrams?
What is open G tuning?
Top 12 Folk Banjo Chords
1. G Chord
2. C Chord
3. D Chord
4. A Chord
5. E Chord
6. F Chord
7. Em Chord
8. Am Chord
9. D7 Chord
10. A sharp/B flat Chord
11. G7 Chord
12. Dm Chord
Tools for Learning Folk Banjo
Jameson Guitars 5-String Banjo
KLIQ UberTuner
How-to books
Strum It Out

If you want to learn to play the banjo, knowing chords is essential. Chords are the building blocks of a song. They allow you to get a pleasant sound from the instrument. In folk music, specifically, you can learn 12 banjo chords and play almost any song you want. Knowing that may make the task of learning to play less daunting.

You may still have many questions about the banjo, learning to play, and banjo chords. Here are some common questions and answers that should clear things up for you.

What is folk music?

According to Britannica, folk music is traditional music specific to a certain area. Most often, people associate its sound with country music or think of it as a type of country music because it is more rural in nature. The heart of folk music is really how people connect with this type of music.

It is something that people pass down generation to generation. Most folk musicians learn through listening and picking up songs rather than calculated study, even though you certainly can learn it through study.

It's generally more informal in sound, how you learn it, and how it's taught than other types of music.

It is important to note that folk really isn't a genre as much as a tradition. It feeds off a culture. Throughout time, any music that a group of people creates and pass down has been considered folk. Furthermore, you can find it all over the world as there are many different types of folk music.

What type of banjo do folk musicians use?

According to Deering Banjos, the most common banjo folk musicians use is a 5-string. This instrument is a banjo that has an extra string that is shorter than the other strings. You do not use the 5th string in banjo chords.

Also, banjos usually have a resonator that closes the back of the banjo. It reflects the sound out to an audience. In folk music, the player removes the resonator to create an open back.

How do I use the fifth string?

The fifth string is extra on a banjo. You do not have to play it at all. However, as you become more comfortable with playing folk music, you may want to add it in. Guitar Noise explains the 5th string only runs from the pot assembly to the 5th fret.

It gives the 5-string banjo its characteristic sound. You add it into your playing as needed to complement banjo chords.

It takes some time to get used to playing it and knowing when to add it in, but this comes as you learn the instrument and the banjo chords.

What are the parts of a banjo?

When you play an instrument, it helps to become familiar with it. Knowing about the basic parts can make it easier to understand how the instrument works, make playing easier and help if the instrument needs to be repaired.

Starting at the bottom of the banjo, you have the pot assembly, which is the round part of the instrument. It has the rim, head, tension hoop, hooks, and nuts — the strings anchor here on the front. The back part is the resonator.

Moving up the instrument, you will find the neck. This sticks out from the pot belly. The strings run up the neck. On this part, you also find the fingerboard, which lays under the strings.

The neck also has the frets. These are the raised lines that run horizontally along the fingerboard.

At the very top of the banjo is the peghead. The strings secure here on the tuners. You turn the tuners to loosen or tighten the strings to tune the instrument.

What method is used to play the folk banjo?

As with the guitar, you can use different methods to play the banjo. For folk music, the traditional method is clawhammer. This is where you hold your hand like a claw.

You then use your thumb and index finger to pick at the strings. Do note that picking is more common than strumming when it comes to folk. You can pick a chord by playing each note of the chord separately.

How do I read chord diagrams?

Banjo for Dummies explains that chord diagrams show you how to play each of the banjo chords. It is a chart that looks like a grid. It has four vertical lines that represent the four main strings.

The lines run from left to right from the fourth string to the first string. The horizontal lines show the frets. You place your fingers in the space between each fret as you create a chord.

Open circles, placed at the very top of the grid, indicate open strings that you do not play. There may also be numbers at the top of the grid for each played string or within the dark circles that indicate which finger to you.

These are suggestions. They are often the most comfortable way to play a chord, but you can use your fingers as you wish to create chords.

In written materials, you may get a simplified version of a diagram to indicate the banjo chords. This numeric chord notation uses numbers and Xs.

What is open G tuning?

Open G tuning is what we use here. It is the most common tuning for a string instrument, such as the banjo. It means simply that you tune the instrument without pressing any strings.

You will have to learn banjo chords to create a song. To create a chord, you need to play a specific note on some strings in a combination. You can strum all the strings or play each string individually.

When learning to play the banjo, you will want to learn the 12 main banjo chords in the open G tuning. That will help you to play a variety of songs and get a good start on mastering this instrument and the folk style of music.

G is the easiest chord to play because it is open. Simply put this means you do not put your fingers on any string.

To play a C, you will need to start by putting your finger on the second fret of the fourth string. The third string is open. Play the first fret on the third string, and play the second fret on the first string. One note: when we say you put your finger on a fret when describing these banjo chords, we do not mean literally on the fret. It means in the space above that fret.

The A Chord is one of the banjo chords that is very easy to remember because you just play all four strings with your fingers on the second fret of each.

Em stands for E minor. This minor chord is another easy one to remember. You will put your fingers on the second fret for the fourth and first strings. The second and third strings are open.

This chord plays both the A sharp and the B flat because these notes are the same. That often occurs in music when you add sharps and flats which move the notes a half step up or down, respectively. As you learn more advanced banjo chords, you will see more like this.

This chord is simple to play. You will just play all four strings on the third fret.

Again, another very simple chord to remember and play, the G7 has three open strings. The fourth, third, and second strings are open. All you need is to play the third fret of the first string.

Now that you know the banjo chords and you have some background on folk music, you may want to jump right in and learn to play. Before you can do that, you need a few supplies. Here is a quick look at a few things you may want to buy.

This banjo is great for beginners. It features closed mahogany back with a maple bridge and is 38 inches with 24 brackets and a geared 5 tuner. This banjo sells for around $155 to $350. Reviewers give is a 4.6 out of 5.0 stars. They say it is beautifully made with an excellent sound. The removable resonator may be difficult to put back on, according to some consumers, and the tuners are a little tricky to use. 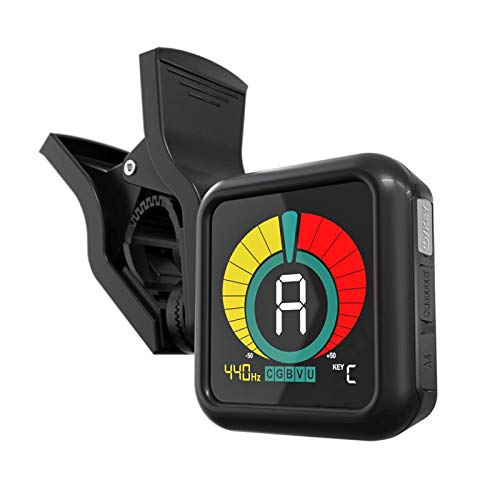 To ensure your banjo sounds great, you need a tuner. This tuner is a clip-on model that attaches right to the neck or peghead of the banjo. It has a bright color display and adjustable screen. Pricing ranges from $24 to $44. Consumers rate this 4.6 out of 5.0 stars. They like that it is accurate, easy to use, and well built. Although, some consumers caution that it is easy to lose or misplace because it is so small and it may be awkward to use due to its clip-on style. 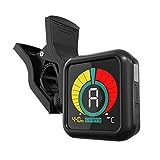 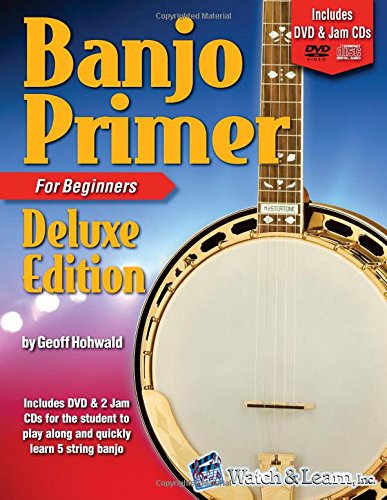 To help you learn the banjo chords and to master playing, it may help to use a how-to book. One option is Banjo Primer Book for Beginners. This book is the deluxe edition and comes with a DVD and two CDs. It comes in Kindle or paperback. Consumers give is 4.6 out of 5.0 stars. They say it is easy to follow and offers great tips for beginners. Some do think online access is a little tricky and suggest sticking with the DVD. It costs between $8 and $20.

Well, you now have a lot of great information to get you started learning the essential banjo chords you need to know to play some good folk music. Take this information as a starting point to help you on your path to playing this unique instrument. Have fun and master those banjo chords so you can strum your way to some seriously great music.